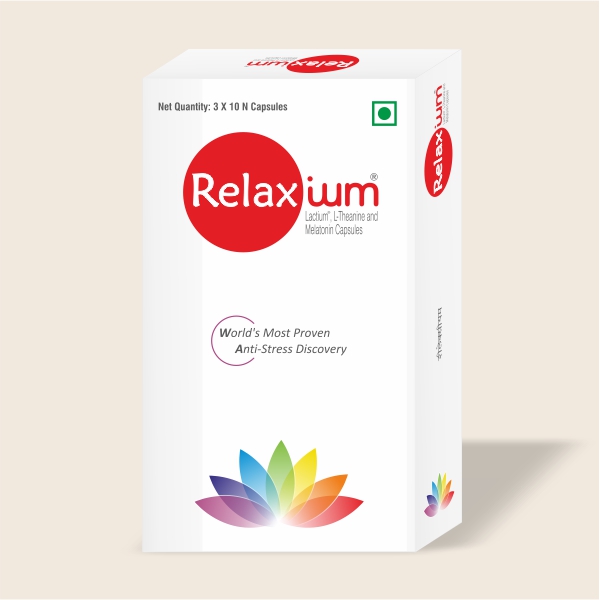 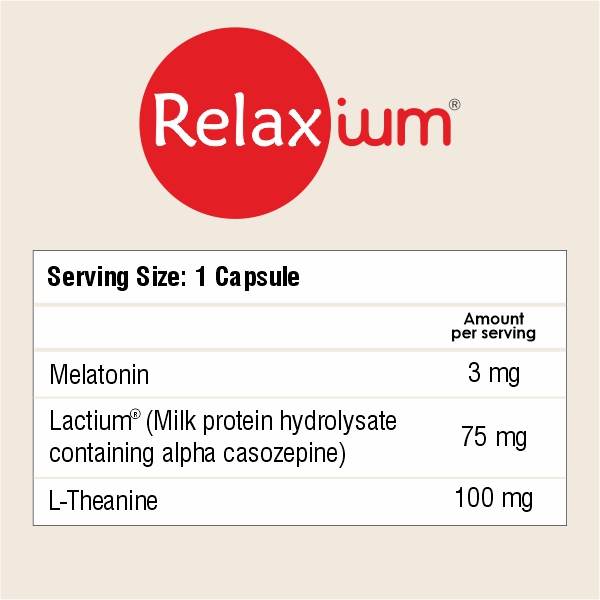 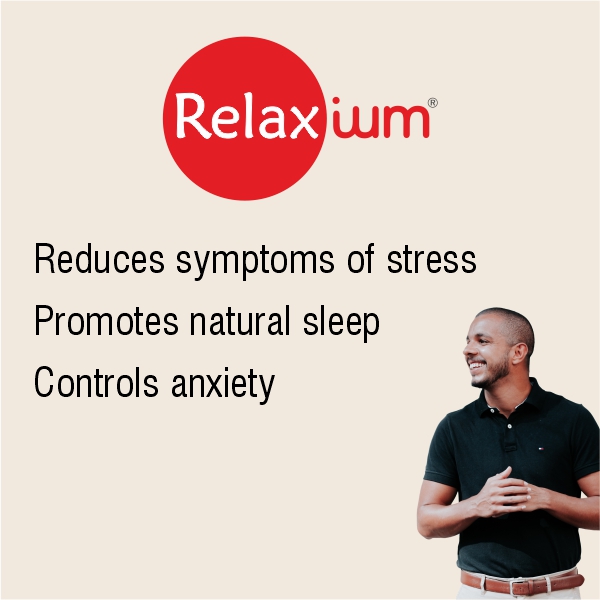 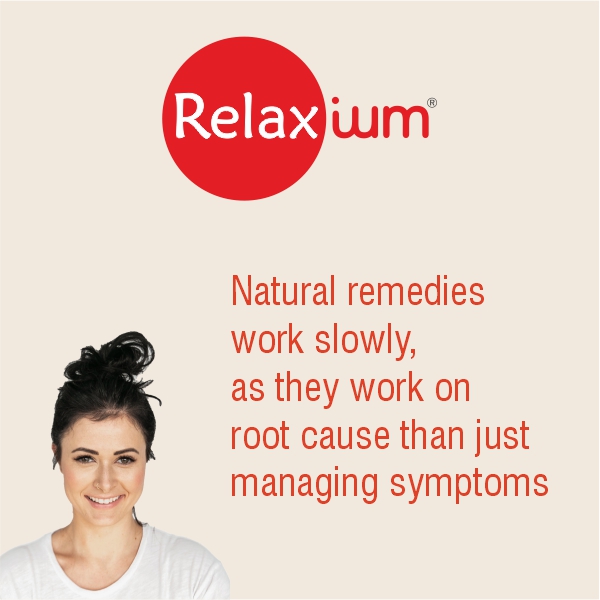 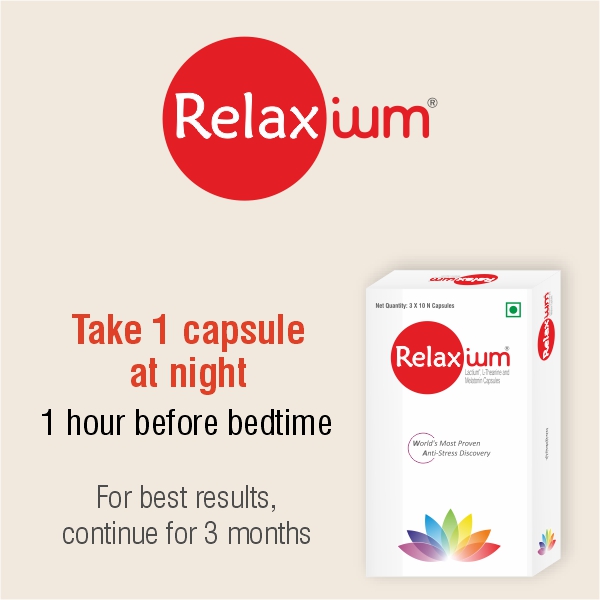 Relaxium® is a natural, highly effective and synergistic formula for reducing stress and promoting natural sleep. The three ingredients complement each other’s role in bringing the effect of Relaxium®

- Reduces cortisol – the stress hormone of the body

- Stimulates production of brain ?-waves – an indicator of  a relaxed state of mind

1 capsule of Relaxium® to be taken at night, an hour before bedtime

No adverse effects have been reported with the use of Relaxium®

Hypersensitivity to any of the ingredient present in the formulation. Women who are pregnant, planning to become pregnant or are lactating should not consume

Stress is a consequence of lack of coping ability of an individual to the situation that puts a demand made on him / her.  Though some stress is good for today’s life (called as Eustress), chronic stress can harm the body in the long run. Chronic stress is known to adversely affect almost all systems of the body.

2. How does one know that he / she is stressed?

Stress is a highly subjective; and different people have different effects of it. Though stress cannot be directly measured; some common symptoms of stress are:

Sleep is a complex play between state of mind and chemicals in the brain. Usually when one sleeps, the mind is in a state of ‘relaxation’. This makes the brain trigger chemicals responsible for sleep – Melatonin being the chief amongst them. Though disturbed sleep could be due to various factors, stress is amongst the leading causes of a disturbed sleep. Conversely, a good sleep can be helpful in relieving many of the symptoms of stress.

Lactium® is a part of a protein present in milk and is made up of a chain of amino acids. This specific chain works on parts of the brain and reduces stress. Lactium® reduces cortisol – the stress hormone of the body. Lactium® is a research product of Ingredia Nutritional (France) and is globally available in many countries.

L-Theanine is a natural amino-acid, commonly found in green tea. L-theanine has natural relaxing properties and has proven role in reducing stress, anxiety and improving cognitive function. When the brain is relaxed, it produces waves at a frequency of 7 – 14 Hz, known as ?-waves. L-theanine stimulates brain ?-wave activity within a few minutes and thus promotes relaxation.

Melatonin is called as the ‘sleep hormone’ of the body. It is a natural neuro-hormone that automatically kicks in during ‘darkness’; when we are about to sleep. Melatonin is also responsible for maintaining the circadian rhythm of the body.

7. By when should one expect results with Relaxium®?

The effect of Relaxium® on sleep can be seen right from the first dose itself. However, for controlling stress or anxiety, Relaxium® must be taken for at least one month or as directed by the healthcare professional.

8. Can Relaxium® be taken along with other medications?

Yes. Relaxium® has no known drug interactions; and can be taken if one is taking other medications.

9. Can Relaxium® be taken by children?

Relaxium®should be taken only by people who are aged 18 years or above.

10. For how long can Relaxium® be taken?

Relaxium® is a safe product and can be taken for as long as one wishes.